What's the Difference Between Laminated and Tempered Glass?

When windshields were invented in 1904, they were merely a way to keep your face clean from the debris that may kick up in your eyes as you drove down the road. Early cars didn't go very fast, so the biggest concern was getting a piece of dirt in your eye and having to stop to flush it out.

Fast forward to today. Windshields are not just a rock deflector, but super-engineered technological marvels that not only protect the inside of your car from the elements but also allow for maximum visibility and shatter-proofing in the event of a crash. People don't consider all that goes into designing auto glass, and rightfully so: they're designed to be invisible.

When you do eventually need to get a windshield replacement, some of the terms that are thrown around can be confusing. Tempered glass? Laminated glass? Which is which, and how do I know where each goes? Here's a quick guide that will explain each one.

What Is Tempered Glass?

Tempered glass is called such because of the rapid heating and cooling process it undergoes during creation—a process called "tempering." This takes place several times, creating a shatterproof glass that is around 5–10 times stronger than your average window, but not impenetrable if it needs to be broken, such as keys or children locked inside the car. This type of glass is normally used everywhere except for the front windshield, which is made up of laminated glass.

What Is Laminated Glass?

If you need a windshield replacement, most likely, the technician will install some variation of laminated glass. This type is made up of several layers of glass that are joined in between by layers of polyvinyl butyral (PVB), to where it looks like it is laminated. Laminated glass is much stronger than even-tempered glass, due in large part to the fact that if it's broken, the glass shards will stick to the plastic instead of becoming loose inside the vehicle. It also retains strong UV and soundproofing properties, making it ideal for auto glass. You can also find this type of glass in skylights and glass railings.

During a windshield replacement, the technician might not ask you which kind of glass you want to be installed, but it's good to know the terms to know what they're referring to. In any case, you'll be glad to know that your family is as safe as possible behind layers of engineered auto glass. Contact windshield replacement services to learn more. 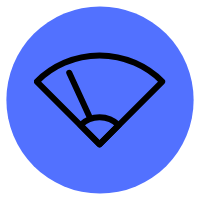 You're probably used to driving to the repair shop. When your vacuum cleaner needs repair, you drive it to the repair shop and drop it off. When your ATV needs repair, you trailer it to the nearest auto repair center. But what if your car's windshield breaks? You can't safely drive a car with a cracked windshield, so what can you do? Call a mobile windshield repair service ― that's what! These services pack up their tools and come to you. Mobile windshield repair is really innovative and really convenient. If you want to learn more, then you've come to the right place. This collection of articles is rich with knowledge.